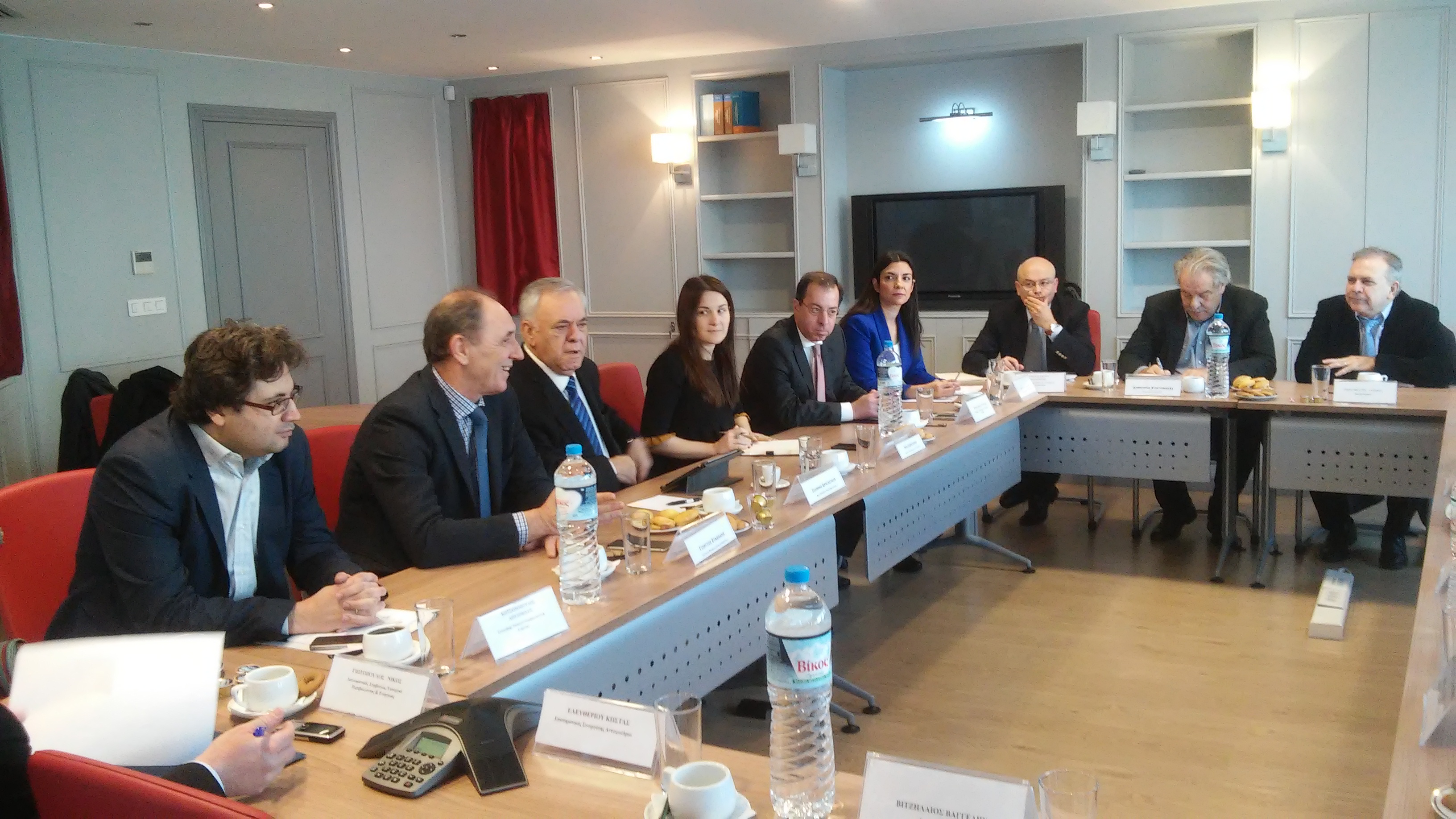 A meeting was held between  the Vice President of the Greek Government, Mr. Giannis Dragassakis and the Minister of Energy, Commerce, Industry and Tourism of the Republic of Cyprus, Mr. Giorgos Lakkotrypis on Wednesday, February 1, 2017.

During the meeting, the Greek Minister of Environment and Energy, Georgios Stathakis attended also the meeting where Mr. Lakkotrypis briefed the Vice President on the developments around the exploration and exploitation of hydrocarbons in Cyprus.

The President noted the importance that the Greek Government should create a standard legal framework for the exploration and exploitation of hydrocarbons, which will be of national importance and long-term task. In this context, he pointed out that the experience of Cyprus is valuable.

The Minister of Energy of Cyprus presented the institutional framework governing the energy sector, and the state of research on finding hydrocarbon reserves in Cyprus.

Mr. Lakkotrypis responded positively to the proposal of the Greek Government’s Vice President for enhanced cooperation and determination of the best practices regarding the transfer of related know-how.

The Ministry of Energy, Commerce and Industry of Cyprus and the Commercial department of the Embassy of Cyprus in Athens participated.